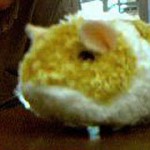 If you listen to geek podcasts — I’m partial to The Talk Show and Accidental Tech Podcast — sooner or later you’ll hear the hosts challenge each other about the earliest computer they used.

The bidding will open with a Pentium, raised with a 486, countered with an Amiga, trumped with a Mac SE/30. You’ll know things are getting serious if somebody drops the Apple II bomb, and I swear I heard a Timex Sinclair once.

Oh, you haven’t heard of the Timex Sinclair? Fun toy. Plugged into your TV set. Stored software on a cassette tape. Pop in a music tape instead, and you got a groovy dancing static display on your screen.

But even the Timex fails before my awesomeness, because nobody — nobody — has ever mentioned my first computer, and I would be shocked if they did.

Because my first computer was a teletypewriter.

Which, if you’ve never encountered such a beast, was exactly like it sounds: A typewriter. Attached to a dedicated telephone line. Connected to a small mainframe at school-district headquarters.

So what could you do with a TTY? Well, at this distance, not much. You could write a program in BASIC, a simplified computer language with numbered steps. Maybe your program would ask your name, and after you typed it in, the TTY would type back “Hello, Mike!”

Which was pretty damn cool at the time. Maybe not Batcave cool, but nothing else in your life could do anything like that, so cool enough.

Just one problem: After you were done with your program, it went away. Poof! The TTY had no storage. Neither did the mainframe, for that matter, not that you could access. Storage was hideously expensive. They didn’t just give that stuff away.

That’s where the punchtape came in.

A punchtape was a roll of skinny yellow paper that fit into a contraption attached to the TTY. If you wanted to “save” your program, you could “print to tape” — and then the fun began.

The skinny yellow paper would wind its way through the contraption like movie film, you would hear some delightful mechanical noises, and the paper would come out the other end full of holes, eight across. And like an advanced form of Morse Code, each row of holes would designate a single character.

That was your program, letter by letter. You couldn’t make your program too long, or you would run out of punchtape to store it.

Of course, it didn’t take any teenager long to see the potential of this medium. All you had to do was map each letter and number to the pattern of holes it produced, figure out how which combination of characters produced visible letters in the punchtape, and soon you were punching out some very naughty things to impress your friends.

Because while a punchtape was cool, a punchtape cussing at you was really cool. You never saw that in the Batcave.

Steampunk storage methodologies have long passed, of course, and only the most hipster of geeks would bother with something like that today. But the amazing thing is that decades on, the lessons I learned while programming BASIC on a TTY still apply: Programs are still step-by-step instructions that computers follow to the literal letter. You still organize programs into sequences and subroutines, and you still have to break down complex tasks into simple elements.

For that matter, I’m just as delighted today making some cards fly across the screen as I once was making real letters show up on a punchtape. Some things never change.